Trish Bazar - About The Artist

Hailing from Merseyside, Lancashire in England Trish migrated to Australia with her family 1961.
Living at Ballina She has been married to David for 38 years and has 3 children and 4 grandchildren.  After marrying and having our first son I was a stay at home mum helping with our then small business. In 1990/91 I relinquished the office to those with more expertise to peruse my own interests.
I became part of a core group of people meeting with Valerie Murphy and Fr Vince Doyle at the home of Jan Mangleson in Mullumbimby NSW.

In 1993 I produced a series of paintings based on the Joyful Mysteries of the Rosary. After spending some time at the first Aboriginal Reconciliation Weekend held at 'Gunundi' Ballina NSW and listening to stories told by local Koori elder Yvonne Delsignore 'Aunty Ponny' I developed and painted an image ( now called The Glory ) inspired by those stories.

I met Lenore Parker then a member of the Anglican Consultative Committee and founding member of NATSIAC at this second weekend. Lenore and fellow committee members had submitted the prayer, God of Holy Dreaming for use in the Anglican prayer book and when I read it for the first time I saw the stirrings of another painting one based on the first verse of the prayer. In time the prayer and the paintings now a triptych 'God of Holy Dreaming' had become one and subsequently travelled with Lenore to the Great Synod of the Anglican Church in Melbourne 1995/6. Copies were made and were taken with her to Synods in England, Hawaii and the Panama as part of her mission for indigenous peoples.

In 1997 after many hours of preparation and with a great number of prayer shawls in hand I accompanied  Valerie and Fr Vince to the US  as prayer support for their five week mission to various parts of Kentucky and San Francisco. I was blessed with selling most of my work , therefore self-funding my leap of faith going on this journey with them.

By this time I was also back working either part or full time in the office of our growing business.

I was a founding member of BACCI - Ballina Arts & Craft Centre Inc. working toward a local community gallery. I had great pleasure in being part of setting up the exhibition and successfully exhibiting at the inaugural exhibition of the Northern Rivers Community Gallery in 2007 and two subsequent exhibitions.
I have continued over the years to be inspired through the Holy Spirit and Contemplative Prayer in the making of prayer shawls and various artworks. 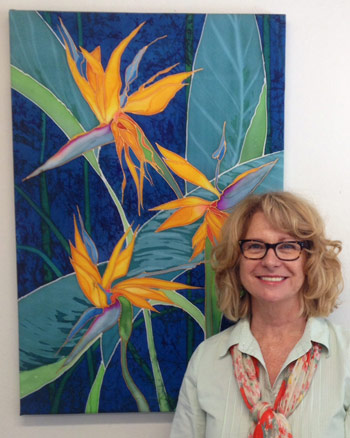 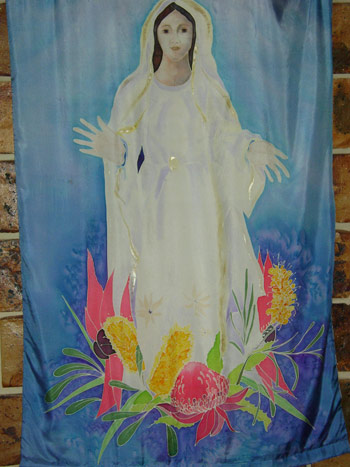 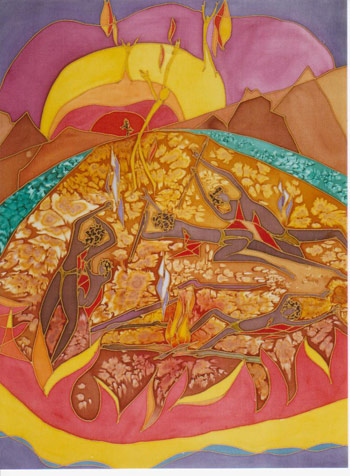 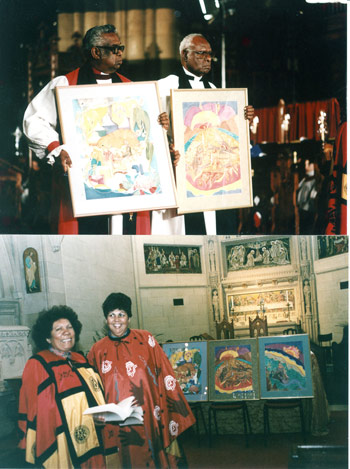 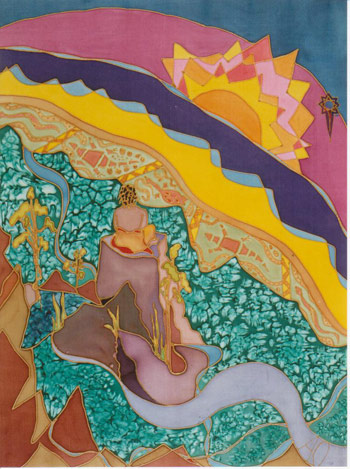 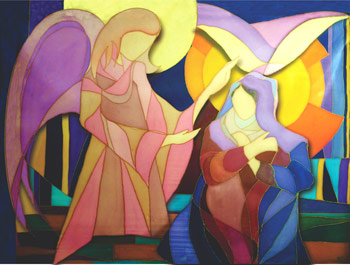